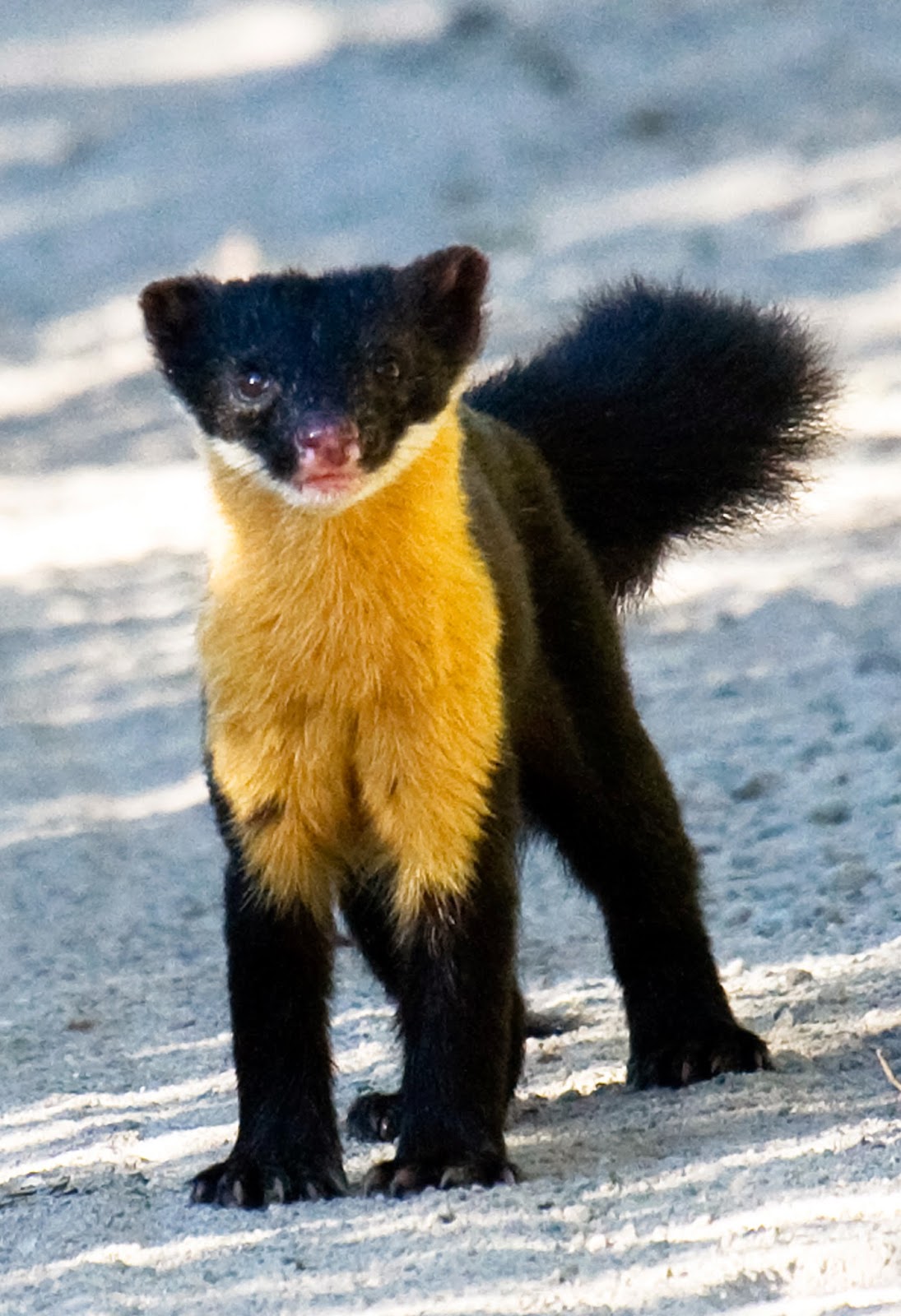 The Nilgiri marten is the only species of marten found in southern India. It occurs in the hills of the Nilgiris and parts of the Western Ghats.The Nilgiri marten is similar to the yellow-throated marten, but is larger and essentially different in the structure of the skull - it has a prominent frontal concavity. It is unmistakable in the field as it is dark above with a bright throat ranging in colour from yellow to orange. which is the deep brown from head to rump, the forequarters being almost reddish.It is about 55 to 65 cm long from head to vent and has a tail of 40 to 45 cm. It weighs about 2.1 kg.Local names include the generic Tamil names of NeerNaai in Malayalam as Karumvernku and Koduvalli.
Source:Picture | Link:Wikipedia |Link:
Unknown at 10:29 PM
Share